Patricia is General Manager QBE LMI and a Director of QBE Mortgage Insurance (Asia) Limited based in Hong Kong.

Prior to her appointment as General Manager, Patricia was the Deputy CFO in QBE’s Australia Pacific Division. Patricia has an extensive career in financial services holding executive positions in Munich Re and Zurich.

Patricia is a Chartered Accountant, holds the Diploma in Insurance from the Chartered Insurance Institute in the UK and is a graduate member of the Australian Institute of Company Directors. 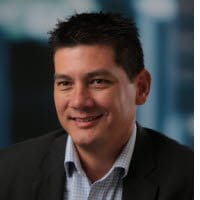 Colin has more than 22-years of experience in the financial services sector in Australia and has spent most of his time working for Australia’s major insurance companies. He was appointed Chief Commercial Officer (CCO) in 2017. Since joining QBE LMI in 2008, Colin has held a variety of senior roles, including Head of Business Development, National Distribution Manager and Senior Manager Capital Markets & Structured Transactions.

Colin started his career in Insurance Information Technology and spent more than a decade in building and implementing technology solutions that streamlined the Sales and Distribution function for key business partners.

Paul has worked within the Insurance and mortgage industries for the past 30 years, with more than 25 of which have been focused on Lenders Mortgage Insurance.

Paul's leadership is focused on delivering underwriting solutions, and operational excellence for QBELMI customers along with implementing QBELMI's Risk Approach. 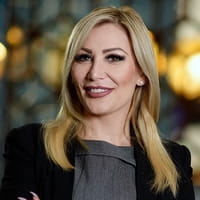 Sally has more than 20 years' experience in the retail banking and financial services industry, much of which has been spent specialising in Lenders’ Mortgage Insurance. Having commenced her career at QBE LMI, Sally re-joined QBE in 2017 and was appointed to Head of Claims, LMI in 2018 and is a member of the executive team.

Prior to her return, Sally broadened her experience at other Australian leading institutions, where she held the senior role of Risk Executive; Credit Quality Assurance at the Commonwealth Bank of Australia, and a number of management roles at Westpac Group across underwriting, claims and credit acceptance.

Sally is passionate about partnering with our customers to ensure the best outcomes are achieved for them, their customers and the communities in which we all operate. To enable this Sally’s focus is on creating a high performing team through an engaged workforce.