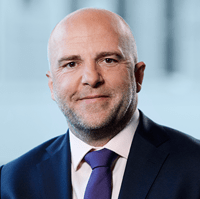 Prior to his appointment as CEO, Phil was responsible for strategy and distribution of all QBE's insurance products (LMI and general insurance) to financial institutions in Australia. Since joining QBE LMI in 2006, Phil has held a variety of senior roles, including General Manager of Financial Institution General Insurance, Head of Capital Markets and Structured Transactions, and Principal New Business Ventures.

Phil spent the first part of his career specializing in UK commercial property markets and, prior to joining QBE LMI, gained extensive global experience as a management consultant in the UK, Europe, Africa and Australia. Phil has a first-class Bachelor of Engineering degree and is a graduate member of the Australian Institute of Company Directors. 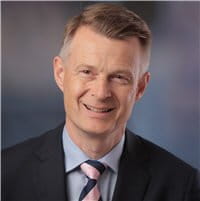 Paul has thirty years' experience in retail banking and the mortgage and financial services industry. He was appointed Chief Operating Officer in 2015, having initially joined QBE LMI in 2010 as Head of Underwriting. Paul is responsible for credit risk management and all operational aspects of the LMI business including underwriting and claims.

Paul worked for HSBC for over twenty years and after that as an independent risk consultant at the Commonwealth Bank of Australia. His previous roles include Head of Consumer Credit Risk at HSBC Bank Australia Limited and Director, European Risk & Operations for HSBC's Greenfield consumer finance lending operations in the Czech Republic, Hungary, Poland and Republic of Ireland. Paul is a graduate member of the Australian Institute of Company Directors.

Wendy has nineteen years’ experience in corporate and commercial lending with financial institutions in Hong Kong and the United States before working in the insurance industry. She was appointed Managing Director of QBE MI Asia in 2017 and has held the position of Head of Risk Management since 2011 responsible for credit risk management and all operational aspects of the mortgage insurance business.

Prior to joining QBE MI Asia in 2002, Wendy was Manager of corporate lending at Sumitomo Mitsui Banking Corporation in Hong Kong. She has managed business relationship with multinational corporations and participated in IPO transactions and major debt restructuring of syndicated loans. She also developed and handled commercial SME business and real estate loans at Manufacturers Bank in Los Angeles. Wendy has a Bachelor of Science degree in Finance and Business Economics.