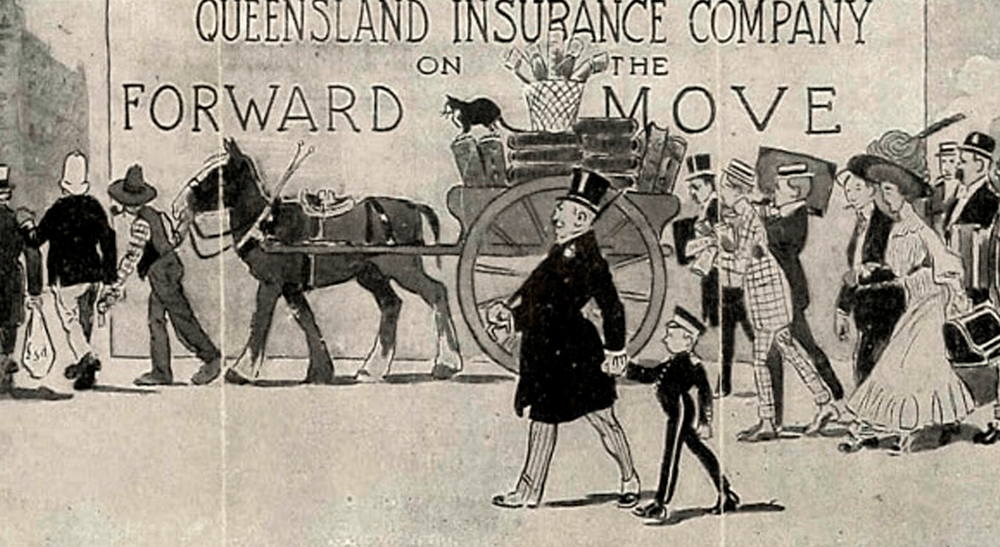 From humble beginnings to the organisation we are today – we’ve come a long way.

The QBE story began in October 1886, when young Scotsmen James Burns and Robert Philp – already partners in a shipping business – established The North Queensland Insurance Company Limited (QI). The new enterprise grew rapidly and by 1890 QI had over 35 agencies at home and in far-flung locations such as London, Hong Kong and Singapore. Over the following two decades they increased their overseas operations, setting up in Thailand, Vietnam, Malaysia, India, China, Sri Lanka, Burma, and more.

In 1921 the pair founded the Bankers’ and Traders’ Insurance Company (B&T). Two years later Burns’ son (also named James Burns) took the reins of both QI and B&T following the deaths of his father and co-founder Philp. Burns built on his father’s legacy through both channels, moving into New York, Montreal and Cairo, along with further Asian expansion.

Sound investment strategies helped QI and B&T weather The Great Depression, with both companies surviving the economic downturn triggered by the 1929 stock market crash. Even greater upheaval came with the outbreak of WWII. Seventy-one QI staff saw active service and countless more did their bit on the home front, from Australian fundraising efforts to the London team working through the upheaval of the Blitz.

The post-war years marked a return to expansion, and a significant acquisition. In 1959 QI and B&T each purchased large stakes in The Equitable Probate and General Insurance Company. In 1973 the three companies joined and – in a move the Australian Financial Review called “one of the largest mergers in Australian corporate history” – we became QBE. The new holding company, QBE Insurance Group, was listed on the Australian Stock Exchange (ASX), and we (QBE Australia) became a division of the QBE Group.

Today we have a strong presence across Australia, with offices in the major centres and several regional locations. We continue to focus on meeting the needs of our customers, brokers and partners, and look forward to the future with the same excitement, determination and enthusiasm that our founders Burns and Philp did in 1886.