How to teach your teenager to drive safely
Article

How to teach your teenager to drive safely

Teaching the kids to drive is one of parenthood’s most challenging rites of passage. Julie Hegarty, Vice President of the Australian Driver Trainers Association, offers her advice for teaching your teen to drive safely.

Parents should worry less about reverse parking and more about hazard awareness, Julie says. “Kids are not dying parking cars,” she says. “They’re dying because they’re losing concentration, driving too fast and not slowing on corners. Parking is not a problem.”

Parents, keep calm and carry on

“The most important thing is for parents is to be calm,” Julie says. “My students often say they drive better when they’re with me because as soon as mum sits there holding the hand brake, grabbing the dashboard and pushing down on the imaginary brake it terrifies the life out of them. Then they don't drive well and that scares the parent more. It’s a Catch 22.”

Julie stresses this is the most important aspect to focus on when teaching teens to drive. “As soon you see a potential hazard, tell the child to take their foot off the accelerator – don’t just scream, ‘Brake, brake.’ Learning to identify hazards – and braking automatically when you see something – such as a dog that’s not on a lead, is a really important step.” 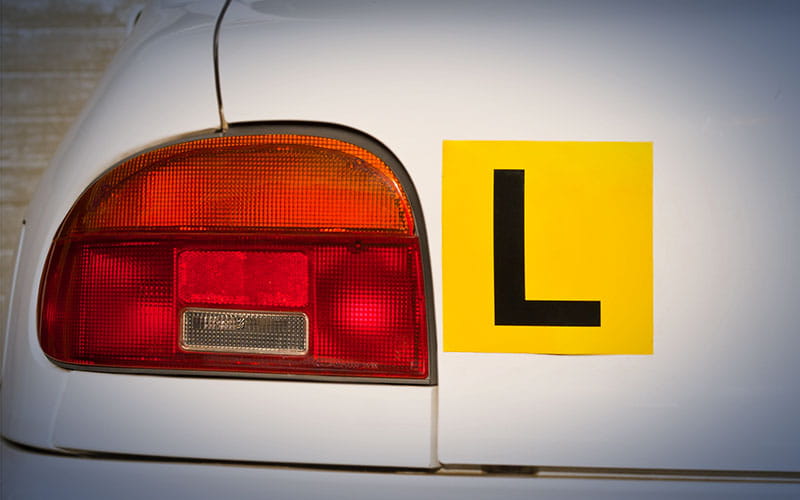 Learner drivers need the ‘why’ with the ‘what’

Julie also says it’s essential for parents to not just tell their learner driver what to do – but why. “What I think instructors do that parents don't is the ‘why’. If you’re telling the child they need to start braking earlier because a red light is coming up – don’t just start yelling, ‘Brake, brake!’
“It’s the why that really sinks in with kids,” she adds.

It’s not just about them on the road

Teens are often so worried about the mechanics of driving that it’s hard for them to understand other drivers may make mistakes. “Explain that, while they may be concentrating, the guy behind in that really big truck might be on his phone looking at a photo of his kid. He's not going to notice you're slowing down until you put your foot on the brake and those the red lights come on. Things like that are always a lightbulb moment for my students,” Julie says.

Start with a professional driving instructor

Before you hit the road with your child, Julie suggests teens have a few professional lessons. “There is a lot of value in even just a couple of lessons early in their training,” she suggests. “It makes the parent feel a little more relaxed because they know the kids know something. It also arms the child with the skills to be a safer driver as opposed to simply knowing enough to scrape through the test. There is a really big difference between those two things. It’s a long time since most of us learned to drive and things have changed. You also don’t want to pass your bad habits on to the new driver in the family.” 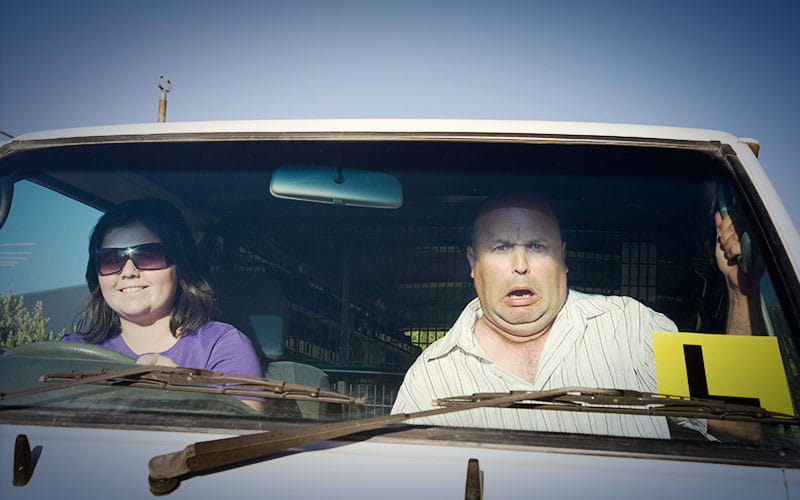 A teenager’s brain is not the same as an adult’s. Julie warns that removing distractions within the car is critical to safety. “It’s all fine and well when they’re in the car with a parent or instructor, but once they’re out on the road on their own, you have to realise they’re going to have their friends or boyfriend or girlfriend in the car, the radio will be on and of course there’s the phone. Sixteen-year-olds don't have a great capacity to manage hazards and all those other distractions.”

Julie points out that there is a government initiative called Keys2Drive. “It’s a free lesson offered by a lot of driving schools where the parent comes along and sits in the back and observes the teacher’s approach. The program also has an emphasis on teaching your child to find their own way. “It’s important for students to take responsibility for working out how to get where they’re going,” Julie says. “As parents, we don’t encourage enough of that. Making them find their own way forces them to concentrate on what they are doing.”

Age matters when learning to drive

While the legal age for a learner’s permit is 16, Julie says there is a huge difference between teaching a 16-year-old and an 18-year-old to drive and parents may wish to take that into consideration. “With all due respect to my students, 16-year-olds can be very silly,” Julie laughs. “You find that 18-year-olds have a few more life skills behind them and that changes the way they drive. That said, I have a few students who are 28. You would think they would be awesome but they actually aren't, so I can’t say there is an ideal age to learn to drive. I think there is an ideal mental capacity rather than an age.”

Learners need experience in all conditions

Lastly, Julie urges parents to make a conscious effort to take kids out for lessons at night and when it’s wet. “I know we all work long hours and it’s the last thing you want to do after a long day,” she says. “But it’s our responsibility as parents to push through and do it. Think of it as committing to making your child a safer driver.”

Does your car insurance cover young drivers? Call us on 133 723 to find out.

This advice is general in nature and has been prepared without taking into account your objectives, financial situation or needs and may not be right for you. You must decide whether or not it is appropriate, in light of your own circumstances, to act on this advice. To decide if QBE’s products are right for you, please ensure you obtain and consider the Policy Wording or Product Disclosure Statements and Target Market Determinations, available online at QBE.com/au. Insurance issued and underwritten by QBE Insurance (Australia) Limited (ABN 78 003 191 035, AFSL 239545).

8 DIY safety checks to do before a road trip

Heading off on a road trip these holidays? To make sure your car is up to the task, follow these simple safety checks before you hit the road.

How to determine used car value